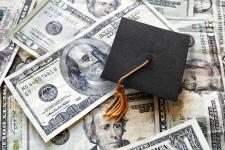 The amount that students actually pay for college — because of increased discounts, grants and tax benefits — has barely changed over the last decade, according to the latest report from the College Board’s Trends in Higher Education research and analysis series.  Trends in College Pricing, a major analysis of college cost and affordability using data from the College Board's Annual Survey of Colleges, reports on the prices charged by colleges and universities in 2013-14, how prices have changed over time, and how they vary within and across types of institutions, states, and regions. It also includes information on the net prices that students and families actually pay after taking financial aid into consideration.

As the report notes, “The story is a complicated one, with different students paying different prices at the same institutions, depending on their financial circumstances; on their academic qualifications, athletic ability, or other characteristics; and on their year or program of study.”

You can read the entire report here.