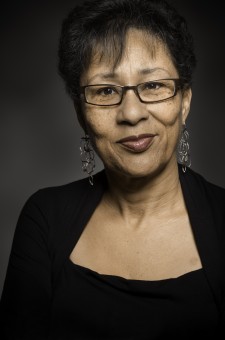 Award-winning author Lalita Tademy joins us today for the second installment in our series featuring deans of admission, educators, and public figures and their personal “aha” moments on the subject of diversity.

As that subject receives renewed attention in the wake of the Supreme Court’s agreement to hear a case challenging the University of Texas’ admission policy, we wanted to examine the role diversity plays in college admission.  Why do colleges value diversity? Is it a worthwhile goal? What are its implications – pro and con? It is a subject that is complex, sometimes divisive, and often not well understood by students and parents.

In late 1956, my family bought a plot of land in a suburban all-white town in northern California. Our potential neighbors were not pleased with the prospect of African-Americans living so close, and pooled their funds to buy the land back, adding in a profit for us, if we agreed not to move in.

My stubborn father built our house and we moved in anyway in 1957, and I went to elementary, middle and high school in Castro Valley. Socially, the road was extremely difficult, but I thrived academically, and when I was a sophomore at Castro Valley High, my biology and my geometry teachers submitted my name for a National Science Foundation internship.  I was chosen, and packed my bags to attend the summer-long program at the University of North Dakota in Fargo.

Twenty-four High School students came from all over the country, and bunked together by two's in the dorms. They assigned me with a girl from Mississippi, because they assumed, being from California, I'd be the most tolerant of a black roommate. They were stunned when I showed up and I was also African American.

By then, I was quite used to navigating as the only, or one of the only representatives of a minority group. But my “aha” diversity moment came on that middle-of-the-country campus that hot summer in Fargo. In a different part of the country, I was actually treated as "more than" for the first time in my life, because Native Americans were the "less-than" group. The concept was absolutely bewildering, suddenly not being the one on the receiving end of negative assumptions and veiled or unveiled hostility, but watching as that same energy was directed elsewhere.

Exposure matters, for everyone.

Lalita Tademy is a California native and novelist. Before beginning to write full-time, Lalita received an MBA from UCLA, and was a Vice President and General Manager with several high technology companies in Silicon Valley, spending over a decade running business units within large corporations. Her professional writing career officially began when her first novel was published in 2001. CANE RIVER, an historical novel, was a New York Times Bestseller and Oprah Book Club selection. Her second novel, RED RIVER, was also a New York Times Bestseller in 2007 and One Book – One Read for San Francisco. She is currently at work on her third novel, the story of Black Indians in Oklahoma.

She has been invited to the White House to speak at the National Book Festival; California Governor’s Conference for Women; African American Librarians – Black Caucus; and is a San Francisco Library Laureate. She lives in the San Francisco Bay Area with her husband Barry Williams.