Juniors: This one says college, that one says university -- What's in a name? 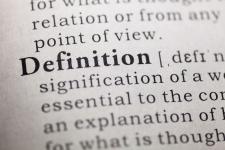 As you research colleges for an initial list of schools to which you may apply, understanding how they "name" or characterize themselves may provide important information. Whether a school is a “college” or a “university” can make a difference.

Most— but not all— colleges and universities offer a liberal education. That doesn’t refer to politics! “Liberal” in this case goes back to the original meaning of the word: “unrestricted.” It’s an educational approach where a student is called on to examine problems and issues from multiple vantage points and learns how to think, communicate, question, and probe. The rationale behind a liberal education is that the world is changing rapidly and training for a specific discipline or job is ultimately less practical than learning how to be ready for a world unknown.

Undergraduate education in the United States is dominated by institutions that hold to the notion that a liberal education is the best way to prepare for a life of significance, meaning, and means. There are, however, also terrificc options that do not insist students be liberally educated.

• Liberal arts colleges offer a liberal education to students across the arts, humanities, social sciences, and sciences. Primarily awarding undergraduate degrees, their faculties are focused on teaching, although many offer strong opportunities for students to be involved in and conduct research. Usually small to medium-sized schools, they typically enroll fewer than 5,000 students, with most living on campus. Examples include Grinnell, University of Mary Washington, Oberlin, Sarah Lawrence, College of Charleston, Berea, St. Olaf, Bowdoin, Amherst, Haverford, Claremont McKenna, University of North Carolina at Asheville, and Kenyon.

• Research universities offer a full range of academic programs in undergraduate, master's, and doctoral programs. They may be either public or private and can have an enrollment as small as 5,000 or as large as 50,000. Research is part of the mission of these schools, and so faculty members are expected to place a priority on research as well as teaching. Research universities are composed of several colleges, including a college of liberal arts, all of which usually share a single campus. They also offer programs in professional fields such as nursing, architecture, communications, the arts, and engineering. Examples include Northwestern, Vanderbilt, UCLA, Yale, University of Michigan, Tufts, Drexel, Rensselaer, Iowa State, University of Massachusetts, George Washington, and MIT.

• Specialty schools primarily offer undergraduate and graduate degrees in the fine and performing arts, business, and engineering. Students entering these programs should be confident of and committed to their particular course of study. Examples include California’s Menlo College or Massachusetts’ Babson College for business, Massachusetts’ Olin College of Engineering and the Rose-Hulman Institute of Technology in Indiana for engineering, Parsons School in New York for design and fashion merchandising, New York’s Juilliard or the San Francisco Conservatory for music, and art institutes such as Cleveland Institute of Art and Rhode Island School of Design.

There are also schools which have other attributes you might consider as categories in and of themselves, such as: women’s colleges, including Agnes Scott, Mt. Holyoke, and Scripps; schools with religious affiliations, such as DePaul and Boston College (Roman Catholic), Yeshiva University (Jewish), and Belmont University (Christian); and historically black colleges and universities such as Spelman, Morehouse, and Lincoln.

While how a college names itself can provide you with important information, it’s smart to dig a little further to specifically understand what a school offers. There can be considerable overlap among the different categories. And, alas, the designations “college” and “university” are not always enlightening. Denison University, Bucknell University, and Ohio Wesleyan University are all liberal arts colleges. Dartmouth College, College of William and Mary, and Boston College are all research universities.

For more information about researching colleges, including website and book resources, see Chapter 8, "Creating an Initial List of Colleges," in College Admission: From Application to Acceptance, Step by Step.

If you are looking to acquire a new fire wall mount electrical fireside then you've make a choice out of your available choices all on your own. <a href="http://www.ehowtobuildafireplace.com/fireplace-mantel-designs/">Fireplace Mantel Designs</a>