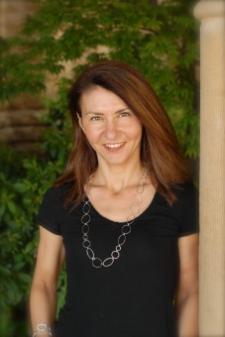 First, let me tell you what you already know: start the essay early. (Like, now.) Revise it often. Be open to topics and possibilities. Ask people you trust (parents, teachers, friends) for feedback.

I don’t have to tell you what’s at stake, because you already know that too. And you probably also know that starting what Anne Lamott calls the “#$%*& first draft” is hard too, and so is revising that @#$&* first draft. That doesn’t mean you shouldn’t do it; it means try not to listen to the Greek chorus of prohibition and foreboding in your head. You know, the one that’s intoning “This is a stupid idea. Nobody cares. I can’t come up with anything except clichés. Nothing interesting ever happened to me. Thousands of people have already written about this topic.”

Thousands of people probably have written about this topic, and thousands more probably will. There are no new stories under the sun, but there are new ways of telling them. Let me tell you something else: there’s no “right” topic. You don’t have to write about leadership or persistence or overcoming adversity, unless you want to.  Write what you know, no matter how humble or unspectacular-seeming. You may find in so doing that the qualities you’re seeking to communicate in the essay (persistence, creativity, talent, passion, humor, kindness, curiosity) will announce themselves without fanfare between the lines.

Now, let me tell you a story. It may seem like it has nothing to do with college essays, but bear with me. You may be surprised.

When I was nine, my parents packed the sum of our belongings (the ones that hadn’t been sold or given away) into four suitcases and joined the exodus of Russian Jews fleeing the Soviet Union in the late 1970s for the promise of a better life in the United States. They came to their new homeland bearing socks and underwear, a scratchy wool blanket, a hot plate, a copy of Mikhail Bulgakov’s The Master and Margarita, and an almost comically earnest belief in the power of the American dream.

For me, the American dream proved to be more of a nightmare, at least during our first year in the US. I spoke no English, had a haircut that was supposed to look like Dorothy Hamill’s (for those born after 1980, think of an inverted bowl) but made me look like a dark-haired, androgynous Luke Skywalker, and wore clothes that were entirely out of sync with what the fashionable fourth graders were wearing in San Francisco in the winter of 1978. Needless to say, my new classmates treated me with all the gentleness of a pack of hungry piranhas, and I threw daily tantrums at home demanding to return to the USSR and claiming that I would never, ever learn to speak English or get used to this country with its cottony white bread and its incomprehensible chatter and obscenely overstocked grocery stores.

But then my parents moved me to a different school for fifth grade and enrolled me in a bi-weekly gymnastics class that was taught by two recent Soviet emigres -- one short and fat, one tall and thin, both of them equally mean. They yelled at the class in a ferocious mixture of English and Russian, they pushed us to the limits of our endurance and beyond, and thanks to them I learned how to do the death drop and became the queen of the playground.

The death drop is done by clambering into a sitting position on top of a bar at least five feet off the ground, with the bar squeezed directly behind your knees. You keep your legs bent around the bar and fall backwards. Gravity will pull you down (upside down, in fact), and momentum will carry you up, up, up in a graceful arc until your head snaps up and your torso is parallel with the ground, at which point you release your bent legs, straighten them, and land with a satisfying smack on your feet as your jealous classmates look on in awe.

I did not write my college essay on doing the death drop, but I could have. At its surface, it’s a story about a fairly straightforward gymnastics trick, but on a deeper level, it’s also a story about letting go, about adapting, about re-inventing yourself, about verbal ineptitude and physical daring.  This is a story that can go in a million different directions, none of them “better” than the other -- just different. In the end, it’s not the topic at all; it’s the execution.

Starting the college essay feels a little bit like doing the death drop for the first time: it makes you feel simultaneously brave and vulnerable, and it requires enormous faith in the forces of physics and in your own agility and strength. But once you take a deep breath and commit and start falling backwards, there’s also the incredible exhilaration of doing something mind-bogglingly awesome, a feeling that can best be described as “I’m doing it! I’m really, really doing it!”

In case you’re not quite ready to fall over backwards (metaphorically or literally), consider easing into the brainstorming and writing process. Write five, or six, or ten sentences starting, as my story does, with something straightforward like “When I was [insert your age here]... “ and see where that takes you. Or explain to the reader how to do something in which you are an expert, and how you got to be an expert in that something: doing the death drop, striking a set, programming a robot, improvising a killer closing argument in Mock Trial, writing an iPhone app, making your own reeds for oboe, training a horse, doing the hocus pocus in soccer, making a pie crust, surfing, annoying your older sibling. And in case you’re thinking that no one wants to know about that, trust me, they do.

Your readers may already know how to do all or some of the above, or they may not. They may relate to your experiences, or they may not. The important thing is that you dig deep and delve into the details that make your story yours. In spite of what I believed when I was nine, I was not the only miserable immigrant girl with a bad haircut to have walked the earth and not the only person brave (and stupid) enough to fall backwards from a bar, but my particular experience -- where we lived, what we ate, what was in the suitcases we brought with us, what we talked about, what I wore -- was mine alone.

An essay takes off when you finally nail down -- after a lot of hair-pulling and deleted drafts and storming away from the computer and then coming back to it on fire with a new idea or image -- why your topic matters to you. Once you find your topic, throw yourself into it headfirst, with total and complete abandon. Revise and revise again. If it fizzles out, try another approach, and repeat. Eventually, your essay will take flight. After all, as Douglas Adams so aptly put it in The Hitchhiker’s Guide to the Galaxy, the art of flying is to throw yourself at the ground and to miss. Go for it.

You can read more about writing the college essay, including getting started and how to develop a topic, in Chapter 13 "Essays," in College Admission: From Application to Acceptance, Step by Step.