This time of year brings a slew of headlines trumpeting the arrival of decisions for those who applied under early action or early decision plans. But if you're a student who opted to take advantage of the additional time afforded by applying regular decision instead of applying under an early plan, you may feel you have cause to worry.

Among the stories about the record numbers of early applicants, here's one of the media's favorite memes every year: “The college you’re applying to has ﬁlled half its freshman class with early decision applicants!”

If you've read headlines like this and worried there won’t be enough room left if you are applying under regular decision, throw that thought in the circular file underneath your desk along with other forms of media madness.

This is a case where the numbers can be deceiving.

The question is not how many seats are being taken up in the class by applicants who applied under early decision. The question is, what percentage of the school’s total admission offers is already gone? It sounds incredible, but it’s true that even when half the seats are ﬁlled with ED applicants, fewer than half the acceptances have been given out.

It's decision time for students who have applied early action (EA), early decision (ED)  or restrictive early action (REA) with the news soon to arrive via email or snail mail. Once you receive your notification, there are still some steps to be taken. We've outlined these next steps for students under every scenario -- acceptance, deferral or denial.

Congratulations! First let us say we're so happy you will have one more thing to celebrate over the holiday break! Once you catch your breath, here are some steps to take:

EA and REA programs are nonbinding and students have until May 1 to inform the college whether they will enroll.

ED programs are binding and students must enroll if accepted.

Main Line Today features an excerpt from the book and an interview with Robin Mamlet and Christine VanDeVelde. You can read it here.

Our inaugural dean answering five questions for us in 2012 is Douglas Christiansen, Vice Provost for Enrollment and Dean of Admissions, at Vanderbilt University in Nashville, Tennessee.  Founded in 1873, Vanderbilt is a private research university with an enrollment of approximately 12,000 students, including almost 6,800 undergraduates. Christiansen oversees the selection and enrollment of  each year's incoming freshman class -- about 1,600 students -- as well as the offices of Student Financial Aid and Honors Scholarships. Join him here to learn more about the kind of student that thrives at Vanderbilt, how the Admissions office makes decisions,  why he believes the school's two rounds of Early Decision are a good idea, and how the future is shaping up on the 330-acre campus, part of which is a registered National Historic Landmark. 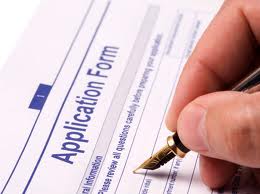 And if you did not jump on the early bandwagon and opted for applying under a regular decision plan, don't miss our debunking of the media madness headlines that you're seeing lately. All the seats at the schools on your list have not been taken by early admits. No need to panic. We explain and do the math here.

What can students do if they are denied admission under early decision, early action, or restrictive early action? If you are denied under ED, EA, or REA, this decision is final and you will not be reconsidered. You cannot reapply for consideration under a regular decision plan. A denial under an early plan may seem harsh, coming at this time of year, right around the holidays. But accept it as valuable guidance. The school is sending you a strong signal early on that you’re not in the running and will be best served by placing your attention elsewhere— on your applications to the other wonderful schools on your list. So, first and foremost, proceed with completing your applications to the other schools on your list. Move on and let yourself get excited about these other schools! Remember, too, as we cautioned yesterday, to be in close touch with your teachers and counselors who are writing your recommendations before the winter break.  Be sure all your recommenders are prepared to send out more letters to the remaining schools on your list before school lets out for the holidays. A further note: We are sometimes asked whether a student who has been denied ED and has another school high on their list that offers two rounds of ED may apply for that second round.

Today, we look at next steps for students who have been deferred under an under early decision (ED), early action (EA), or restrictive early action (REA) plan. Deferred under Early Decision, Early Action, or Restrictive Early Action If deferred under ED, EA or REA, students are placed in the regular admission pool for later consideration. You do not have to reapply, but there are some actions you should be taking at the school where you have been deferred if that school remains a top choice for you:

Does Early Decision Fill Most of the Seats in the Freshman Class? Get ready for a slew of headlines trumpeting the arrival of decisions for those who applied under early action or early decision plans. Some students have already begun to receive their decisions for this admission season and more will hear in the coming week. For students who opted to take advantage of the additional time afforded by applying regular decision, this time may nevertheless be worrisome as the media trumpet stories about the record numbers of early applicants. One of the most persistent storylines is that early decision fills most of the seats in the freshman class. NOT! Read on in this excerpt from the book to understand the real story: “The college you’re applying to has ﬁlled half its freshman class with early decision applicants!” You may have heard things like this and worried there won’t be enough room left if you apply under regular decision. But this is a case where the numbers are deceiving. Let’s do the math. The question is not how many seats are being taken up in the class by applicants who applied under early decision. The question is, what percentage of the school’s total admission offers is already gone? It sounds incredible, but it’s true that even when half the seats are ﬁlled with ED applicants, fewer than half the acceptances have been given out. Here’s how it works. 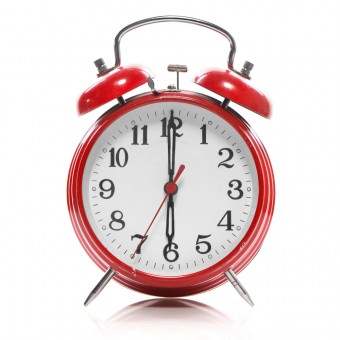 This is the time of year when students start hearing a lot about applying to college early from peers, parents, and newspaper headlines -- and maybe feeling some pressure as a result. But before you succumb to that pressure, spend some time understanding how decision plans really work, what the numbers in the headlines actually mean, and whether it's a good idea for you personally. Check out the Chapter Excerpt on the Book page here on the website to understand how your grades and scores could figure into a decision to apply early and benefit from the input on decision plans from the deans at Johns Hopkins, Drake University, and Northern Illinois University, as well as others.