Writing the Essay: Pushing the Right Brick for Diagon Alley 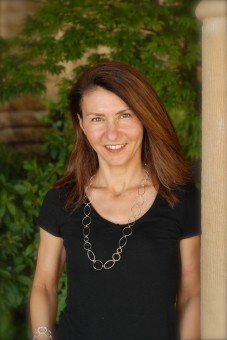 Today, we welcome guest blogger Irena Smith, a writer, teacher, and independent college consultant, on how to find the story you will tell in your college essay. Spoiler alert: it might be as simple as knowing the right brick to push to enter Diagon Alley or having a reputation for eating like a defensive lineman.

There is an old saw, beloved of debate teachers and public speaking coaches, that goes something like this: at any given funeral, given the choice between lying in the coffin or delivering the eulogy, most people would rather be in the coffin. The point is not a subtle one: not many people love public speaking.

I suspect that most of you reading this -- rising seniors, to be specific -- view the prospect of writing the college essay, or multiple college essays, with similar dread. It’s a personal statement, you think. It means that you have to be, you know, personal. It calls for a degree of introspection and emotional honesty and, let’s face it, exposure, that makes most people, even hard-core narcissists, uncomfortable. It asks you to talk about your hopes and dreams and significant experiences and forces you to put yourself out there and make yourself vulnerable as the unseen but terrifying eyes of invisible admissions officers bore into your essay, and by implication, into your very soul. In short, yikes.

The terror is understandable; the first-person essay is a genre in and of itself, a genre that most high school students are not familiar with unless they read a lot of memoirs or blogs or David Sedaris. For most of your high school career, you have likely been slapped on the wrist for taking creative liberties, for writing in the first or, heaven forbid, the second person, for not substantiating your thesis with a well-developed three-paragraph argument complete with evidence and supporting quotes. And now you’re being asked to forget all that and write five hundred words on which the next four (or five, or six) years of your academic life may hinge. Five hundred words that are original, wry, witty, insightful, and above all, not cheesy. In over ten years of working with high school and college students, I’ve discovered that being cheesy is probably the number one fear if you’re a young person between the ages of 14 and 18. There is nothing worse. Maybe not even delivering a eulogy at a funeral.

But here’s the thing: you won’t be cheesy if you’re honest, if you dig deep, if you discover source material that is yours alone. Everyone has a story. You might think you’re a boring teenager from a small town (or a sprawling suburb, or a big city, or the Australian outback), and you might well be, but your boring is different from someone else’s boring. No one -- not boring teenagers or student body presidents or football players or newspaper editors or violinists -- is exactly alike. Don’t try to stand out by carrying on about your “strong leadership skills” or describing yourself as “motivated,” “driven,” “unique,” or, God forbid, “passionate.” Everyone these days is passionate about something.

Stand out by being you. Go light on the adjectives, especially those that feel generic. Show, don’t tell. Trust your reader to connect the dots. It may surprise you that your best story may not be about scoring the winning goal in soccer; it may be about a spectacular failure that taught you more about yourself than you ever wanted to know. Or it may be about that interminable road trip your parents dragged you and your little brother on when you were in middle school, the one where you bickered in the back seat for 2000 miles straight. The point is that your story doesn’t have to be about a Big Topic. It can be about something entirely innocuous, but dig deeper and it might become stunningly revelatory.

Me? If I had my college essays to do over again, I would have written about something smaller, something less pretentious. In all honesty, I can’t remember the specifics of what I wrote, but I do know that much of it was wince-worthy. Instead, I would have written about consuming endless bowls of Kellogg’s Corn Pops in front of Brady Bunch reruns as a latchkey kid, or about being one of two Jewish students in a Catholic middle school (long story, but one I could have probably cut down to 500 words), or about the book that eventually made me into an English major.

I’ve read incredible essays by students about what they saw out the window of the family minivan, about hating to run but sticking with cross country anyway, about (and yes, you can write about that) favorite video games, about making a stop-motion animation film and what exactly happens to clay -- and your principal character -- when there is not enough water in the mix. I’ve read essays about ways in which a student’s sense of self, and social standing, hinged on what he brought for lunch and essays about an encyclopedic knowledge of Harry Potter trivia (yes, you can write about that too, if you happen to know which brick you need to push to get into Diagon Alley).

Do some data gathering: see if your friends can finish the sentence “I have this friend who...” I guarantee you they will not say things like “has strong leadership skills.” They may, however, come up with stuff like “talks nonstop,” “drives like a maniac,” “tells the most annoying jokes during cross country practice,” “is freakishly good at Words with Friends,” or “eats like a defensive lineman.” Those are all fantastic jumping off points. Use them. Your first draft will probably be awful. This is normal. Push past it. Write fearlessly. Edit ruthlessly. Rewrite until what emerges is story that is achingly true to you -- a story that no one but you could have written.

We all have a story to tell. What’s yours?

You got me there, not all love public speaking. Thanks for the eye-opener statement.