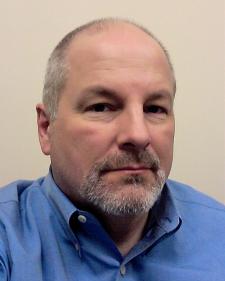 Jon Boeckenstedt, associate vice president for Enrollment Management at DePaul University in Chicago, Illinois, joins us this month to answer five questions about the largest Roman Catholic university in the country.

Founded in 1898, with just 70 students, today DePaul has almost 16,500 undergraduates, and is also the largest private university in the state of Illinois. The school has five campuses throughout the Chicago area, with the two main campuses located on 36 acres on Chicago's north side in the Lincoln Park neighborhood and in the downtown Loop.

Known for its experiential and service-based learning, DePaul has ten schools and colleges: Driehaus College of Business; College of Communication; College of Computing and Digital Media with programs in art, design, animation and engineering; College of Education; College of Law; the College of Liberal Arts and Social Sciences, the largest school with more than 36 undergraduate degree programs; College of Science and Health; School of Music; School of New Learning which caters to older students; and The Theatre School, the Midwest's oldest theatre training conservatory.

Students can choose among more than 300 student organizations including club sports like rowing, sailing, and Ultimate Frisbee; the humor magazine DePaul Detour; TedXDePaulU; DePaul Dance Company; and Radio DePaul, 2010's "Best Station in the Nation." The NCAA Division I Blue Demons are a member of the Big East Conference and their mascot DIBS (Devil In a Blue Suit) is in demand not only at Allstate Arena but throughout the Chicago area at charity events.

DePaul was named for St. Vincent de Paul, a charismatic 17th-century Catholic priest, whose story reads like an adventure from Robert Louis Stevenson -- kidnapping, pirates, a daring escape -- and who is known as the "Apostle of Charity" for his dedication to serving the poor. With deep ties to Chicago and a growing international focus, DePaul remains dedicated to teaching, research and public service, and serves their legacy by maintaining a commitment to students who might otherwise be denied a quality education, including first-generation, low-income city residents.

Please join Jon Boeckenstedt here to learn more about DePaul and its future and benefit from some great common sense advice from this college admission leader who tells it like it is.

What is the future direction of DePaul University?

DePaul is like Chicago, the city in which it's located, and especially the Lincoln Park neighborhood: Fast-paced, quick to change, and adventuresome.

In the last two years, we have added new facilities for Science and Arts/Letters and an Art Museum and we are currently in the process of completing new facilities for our Theatre School and will break ground on a new building for the School of Music soon.  In addition, we’ve recently signed an agreement with Rosalind Franklin University of Science and Medicine in North Chicago to offer innovative “Pathways Programs” to their Chicago Medical School, College of Pharmacy, The Scholl College of Podiatric Medicine, and the College of Health Professions.  Students will have access to advisers in those graduate programs as early as their freshman year, pre-secured interviews, and set-aside places in those programs.

What kind of student does well at DePaul? How would you describe the student body?  What would you most want an applicant to the school to know?

At some colleges, students like to talk about being in the University Bubble, isolated from the “real world.” We like to think of DePaul as the “anti-bubble!”  Our Lincoln Park campus is located in one of the city’s most desirable and busiest neighborhoods, and our Loop Campus is located in one of the world centers for business.  We encourage students to navigate both via a University Pass that allows students to take the EL train between them, and to dive into the city with “Discover and Explore Chicago Classes.”  The classes serve two purposes: To help students successfully navigate in the traditional classroom, and to introduce students to our extended classroom, the city of Chicago, via immersion in a topic tied to the city: Culture, Architecture, Business, or History, to name just a few.  (See what a student has to say about this here.)

DePaul has always been a place that focuses on practical education. Although Liberal Arts is a huge college here, we are also known for our colleges of Business, Communications, Computing and Digital Media, and Education, in addition to Science and Health, Music, and Theatre as I mentioned above.

When you think of Chicago, think of big.  The same can be said for DePaul!

What is your best common sense advice about the application process for students -- and parents?

Think about how you choose your friends.  You don’t want a group of clones; you probably have a wide range of companions with different talents and abilities and perspectives on life.  And even if you like smart friends, sometimes the smartest kid you know will never be your friend.  Sometimes you can’t really say why a particular person is your friend; there’s just something about how you are together that connects you both. Sometimes you really want to be friends with a person, but that person will have nothing of it.

So it is when a college chooses a class.  At the vast majority of colleges and universities, your selection will be a fairly easy process, based mostly on your grades and/or test scores.  At others, there are dozens of students just like you competing for one spot.  The people on the admissions committee aren’t perfect and they’re prone to the same sort of selection bias you might be.  If ultimately a college doesn’t select you, in some sense it’s probably for the best.  But it’s probably also not mostly about you.

Look for a place that feels right to you, and be yourself.  If you have to package or contort yourself to get through the admissions process, it’s unlikely you’ll end up with a good match.

Every single admissions officer knows that it’s really hard to tell who’s going to succeed in college, because it’s very difficult to predict human behavior, especially when looking at applications on paper or on a computer screen.  And after you’ve been in this business for a while, you realize that two students who look exactly the same academically can perform differently in college.  Why?

It’s because we’re all made up of a lot of things beyond our GPA and test scores.  And those things, like leadership, drive, determination, focus, goal-setting, and even self-awareness determine how you approach and move through new situations.  Colleges are trying to figure this out, but we’re in our infancy, frankly.  The good news for students is that no college wants people who are all alike, and success in a community of students requires that we have some diversity of approach to life: Think of a classroom where everyone wants to be the center of attention all the time, for instance.  So again, all you can be is yourself.

The even better news is that selective places have been looking at these things for many years, even though they weren’t called non-cognitives then.  My best advice is to be yourself, but practice talking to adults like adults talk.  Realize that a question is not an interrogation, but an invitation into a discussion where you can reveal who you are, how you think and how you plan to take advantage of the opportunity you might be given.

What is your favorite thing about DePaul?

I’d say there are two things that are my favorite: One is very hard to describe, and the other might be a bit silly.

First, I’ve worked at five colleges or universities, and while I respected each for what it was, DePaul has the strongest sense of self, and the clearest focus on its mission among all the schools I know well.  We always want to be better, of course, and we dedicate ourselves to doing so whenever we can.  But DePaul is very comfortable in its own skin.  I’ve never once heard someone say we should try to be more like Harvard or Stanford or even our esteemed neighbors, Northwestern and the University of Chicago.  We understand our mission and our outlook on what we do is very different than those places, and we put our energy into doing what we do well, rather than trying to imitate institutions that are different than we are.

Second, I love to go up on the top level of our parking garage on the East side of the Lincoln Park campus.  On one side, you see the whole skyline of the city of Chicago.  It’s always a breathtaking sight, but especially so at night.  And right below you, you see the EL tracks at our Fullerton stop.  The EL is emblematic of the city of Chicago: Connected, hard-working, egalitarian, and it connects our two campuses as if they were one.

On the other side, you look at Lincoln Park, our uptown neighborhood, with large brownstone homes, trees, and green space.  It’s not pastoral, to be sure; but it is as unique a combination of orderly and quiet and bustling and exciting as you’re likely to see in a huge metropolitan area.  And in some sense, it’s a metaphor for DePaul: A big part of the city in many ways.