The menu has a little bit of everything from both sides of the border — burgers, hot dogs, mesquite grilled fajitas, crispy tacos, enchiladas, pork chops, and quail.  Sitting on the patio is a Houston tradition.

Stop by here for breakfast to fuel up for  your campus tour for omelets, frittatas, oatmeal, fruit pancakes or one of their egg specialties like the Parma — two eggs on herb roasted potatoes with pancetta and fontina cheese. Don’t worry. You’ll walk it off.

Selected by Good Morning America as one of the four best places in America to have breakfast, brave the line to dine there.  It’s worth the wait and you’ll kick yourself for not having done it earlier.  Nothing brightens your morning like chicken and fluffy waffles, or catfish and grits, buttermilk biscuits, homemade cinnamon rolls, and a great cup of their special coffee.  Just a hop, skip and a jump away from Rice, and easily accessible from the light rail.

This is It
2712 Blodgett Street
Houston, Texas

A Houston institution for years, this is the place for soul food.  From smothered chicken to mac and cheese, fried catfish to cornbread, peach cobbler to tea cakes, Craig Joseph and clan will make sure you do not leave hungry.

A Monica Pope restaurant – Monica was featured on Top Chef Masters Season 2 — this is a place which celebrates the local cuisine in inventive and unforgettable dishes.  There’s a  5-course tasting menu that will let you sample plates such as razor clam soup, polenta fries, maple chilil-marinated tofu, and beet brownie sundae. Wow! 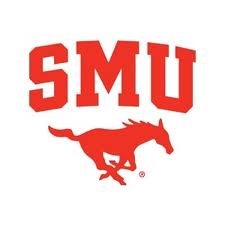