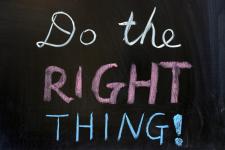 For those of you who have applied under early action, rolling admission, or restrictive early action and been admitted -- Congratulations!

We now encourage you to do the right thing. If you know you will not enroll at some of the other colleges on your list, don’t apply to them. Go back through that original list and cross off those schools. Or, if you’ve already sent in your applications, let those colleges know your plans.

Don’t collect trophies in the form of admission letters from colleges you will never attend.

There are some exceptions to this rule. Some colleges very much want to make their case to you even if you have been admitted to another college under rolling admission, early action, or restrictive early action. If there are schools on your list you can still imagine you might attend, feel welcome to keep your options alive provided you are open to the case those colleges will make. And if you need to compare financial aid or merit scholarship awards, you will definitely want to proceed with applications to the other schools on your list.

As you can see, this isn’t simple. But matters of integrity rarely are. Think carefully, and for any school where you would just be collecting another acceptance letter, let that college know your decision as soon as possible so they can offer your seat to another student who wants to attend.

A note for those who were accepted under early decision:

For those students who have been accepted under a binding early decision plan, remember to immediately withdraw any applications you have submitted to other schools. You may notify these schools by email, but make sure the email is acknowledged. If it is not acknowledged, follow up with a letter and save a copy for your records.

For more information on what to do if you were deferred or denied under an early plan, please see our post on next steps here.

And for more information about early admission, rolling admission, and restrictive early action, as well as why colleges offer different decision plans , see Chapter 15, "Decision Plans," in College Admission: From Application to Acceptance, Step by Step.