What a Bug Can Teach You about Colleges 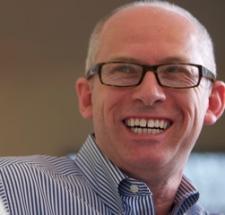 Today's column is from John Carpenter, author of  Going Geek: What Every Smart Kid (and Every Smart Parent) Should Know About College Admissions. Read on to learn what mustachioed caterpillars can teach you about finding a great college.

Many people know that I’ve been living in Costa Rica for the last year, and that I work at an amazing school with people from 65 different countries.  Sometimes I can’t believe how cool things are here.

The campus is home to some incredible bio-diversity.  There are more trees, flowers, and plants than I’ve ever seen.  Most days I just walk right by them and don’t really pay much attention to the huge variety of growing things around me.  But I’m beginning to learn that there’s more to a bunch of leaves than I thought.

About a month ago, our new teachers arrived on campus, and one of them is this very cool guy called Isaac.  He’s a Wesleyan grad, and he’s really smart--a geek who loves biology.  What sets him apart is that he will stop to look at any random plant on campus and instantly find very cool stuff living on it.  He caught a giant moth, for example, just to see how long its tongue was.

Yesterday, we were talking outside my office, and he casually started examining the leaves of a pretty big palm that grows next to the building.  As he turned over one leaf, he saw a tiny little black thing that apparently was some insect egg--his eyes got all shiny.  Then, he asked if I wanted to see something really cool.

“Like the only caterpillar in the world that has a mustache,” he said.

Seriously.  That’s what he said.

And he began turning over leaves and sure enough on the underside of one of the leaves was this very cool, long, fuzzy caterpillar with a walrus-looking mustache. It also had HORNS! Then he showed me another caterpillar that was spinning a chrysalis for itself.  And last week he showed me how one tree was losing all its vegetation on the top branches--something I hadn’t noticed--and said the culprits were hundreds of pretty little caterpillars eating the tree alive.  Where?  I asked him, and then he started turning over leaves again, and we discovered 30 or 40 very beautiful bright green creatures happily munching away at their lunch.

So, Isaac has inspired me. I’m not much of a nature person at all.  I don’t like camping. I don’t like bugs.  I’m the guy who steps on ants and spiders when he sees them--and you should SEE the ants and the spiders we have in Costa Rica.  Isaac knows all their different names, too.  But what is important is that he has inspired me to look at what’s around me more carefully.

Obviously, there is a parallel here that I want you to draw for your own life as you look at colleges to consider for your list of schools to which you’ll apply.

Too many kids (and parents) are like me in that we only see what we want to. Often we don’t even recognize the very cool stuff surrounding us.  Start to look and listen in a slightly different way during the next few months. When the college admissions officers from places you haven’t considered start showing up at your high school, for example, go see what they’re all about.  Or check out the colleges in your own town.  Or go to a college fair and investigate a school you’ve never heard of.  You might find a gorgeous green caterpillar--or one with horns and a mustache!  Pay attention to what might be right THERE.

John Carpenter isDirector of Admissions and University Counseling at UWC Costa Rica. He also works as an independent college counselor and is the author of Going Geek: What Every Smart Kid (and Every Smart Parent) Should Know About College Admissions. You can find John's blog at askjohnaboutcollege.com.