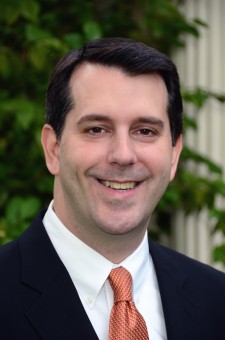 The role diversity plays in college admission is complex, sometimes divisive, and often not well understood by students and parents. It is receiving renewed attention in the wake of the Supreme Court’s agreement to hear a case challenging the University of Texas’ admission policy, which will effectively consider whether affirmative action should be eliminated.

Why do colleges value diversity? Is it a worthwhile goal? What are its implications – pro and con?

Today, we begin a new series bringing you stories of what diversity has meant to deans of admission, educators, public figures and others – their personal “aha” moments with the subject.

Jarrid Whitney, Executive Director of Admissions and Financial Aid at California Institute of Technology, begins this exploration, touching on a moment in his own undergraduate experience that addresses a side of this issue many students of color may experience as they progress through their college careers. We think his personal and poignant response will resonate with students and families of all races and on all sides of the issue of affirmative action.  Here is his response:

My “aha” diversity moment actually came just before I started at Cornell University.  I was selected to participate in a six-week pre-freshman program for underrepresented students.  Although that program opened my eyes to many types of diversity I hadn’t experienced before, it was a doctor’s appointment that shook me the most that summer and quickly taught me how some perceive affirmative action.

In preparation to join the Cornell wrestling team, I was instructed by my coach that I needed a physical before I could start training.  So I went to a nearby health clinic, put on the ceremonial hospital robe, and waited on a cold bench for the doctor to start the physical.  As he approached me with my historical chart I had filled out moments ago, I was already nervous as he quickly scanned the document to see if there was anything of note to further inquire about.  When he got to the ethnic/racial section of my chart, he paused, looked up at me, and openly chuckled as he said; “You’re Native American? That must be how you got into Cornell!”  Needless to say, that simple response crushed me immediately — even if my outward emotions didn’t reflect so.

When I got back to campus, surrounded by 145 other pre-frosh students, I engaged in a lot of dialogue with my new friends about how we were even admitted to such a prestigious school.  Was I selected because my Mom was a full-blooded Iroquois who herself grew up on a reservation?  Was it because neither of my parents went to college as they had my older brother soon after they left high school?  Or worse, would some think I was an “ethnic box checker” since I don’t have stereotypical Native American features given that my father is Caucasian?

It took me some time before I had the confidence to fully understand that it was much more than my background that gained me a spot in that school.  Although affirmative action might have played a part, I would have never been admitted if my academic profile, recommendation letters, extracurricular involvement, and all other aspects of my application were not on par with the other competitive applicants. The admissions office did not accept me simply because I had self-identified as an American Indian despite what that doctor suggested with his powerful quip that still stirs emotions in me to this very day as I reflect on that moment…

We’ll be bringing you more “aha” moments in the weeks to come in a continuing look at the role of diversity on college campuses.