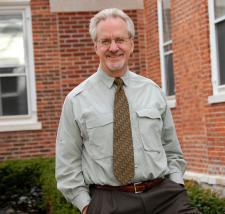 Taking a "gap year" -- deferring enrollment for a year once you have been admitted to the school you plan to attend -- is a choice more and more colleges are encouraging. Bob Clagett is the former dean at Middlebury College, which provides the opportunity for students to pursue a semester off and enroll in February. He joins us today to talk about why a gap year can be a good idea, the opportunities that exist for students, and the outcomes -- students who take a gap year have higher grades!

Mr. Clagett has also agreed to answer reader's questions about a gap year. Please submit your question in the comment box below or email us at authors@collegeadmissionbook.com. We'll run Mr. Clagett's answers on the blog next week.

During almost 30 years of admissions work at Harvard and Middlebury, I saw plenty of students arrive on campus ready and eager to get started.  But every year I also saw a few who seemed unengaged, with a slightly dazed look in their eyes, as if they had just stepped off a wild roller coaster ride.

In some respects, many of them had.  In our culture’s relentless pursuit of the perfect college for each of us (or our children), we sometimes base too many of the decisions made during a student’s high school years on the impact that they will have on the opinion of some group of strangers down the road during the college admissions process.  That’s not to say that keeping that factor in mind is not frequently a good idea. But it can sometimes be taken too far, when every decision is dictated by that mindset.  That can cause students to lose sight of the fact that “getting in” is not an end in itself, but rather a means to the end of furthering one’s education.  And looking at acceptance to college mainly as an end in itself can easily lead to that dazed, post-roller coaster look, with new freshmen asking themselves, “OK, so now what?”

For many of those students, stepping off the educational treadmill for six months or a year between high school and college can be an important way to remind themselves of what their education should really be about.  It can also lead to a much more productive experience once they are enrolled in college, since those students will frequently be more mature, more focused, and more aware of what they want to do with their college education.

A common argument used against taking time off between high school and college is that students who do so will lose their hard-earned study habits and have a more difficult time making the adjustment to the academic rigors of college.  However, several recent studies demonstrate that students who have taken a gap year between high school and college not only have, on average, higher college GPAs than those who don’t, they actually have a higher GPA than would have been predicted, based on their high school academic credentials.   At Middlebury College in Vermont and the University of North Carolina Chapel Hill, for example, undergraduates who had taken a gap year before enrolling in college had, on average, a GPA .1-.4 higher than would have been expected.

There are many gap year programs already in existence, including some that offer financial aid to students whose families cannot afford the cost.  A useful listing of gap year programs can be found at USA Gap Year Fairs. However, it is not necessary to do a highly structured program in order to derive benefits from taking time off from one’s formal education.  There are many service activities available (City Year is one of the best known) that offer opportunities to students who want to work with community organizations.  There are internship opportunities for students who want to experience first-hand a career path which they may be considering.  And there can also be significant benefits to be derived from working in a paid position for year, especially in terms of saving money for future educational expenses.

The best approach is to apply to college during one’s senior year in high school, decide which admissions offer you would like to accept, and then approach that college with a proposal for your gap year, preferably by mid-June or so, so that college can offer your place to someone on the waitlist. Ideally, students who take a gap year should have the college admissions process behind them, so that they can focus solely on the benefits of doing something outside the classroom for a change.  Typically one’s chances of admission are also not significantly enhanced by taking a gap year, and that should not be a primary reason for doing so.

Since more and more colleges are recognizing that students who take a gap year are frequently those who bring more to, and later derive more from, their college educations, most will be open to almost any proposal that you may make.  The real beauty of taking a gap year is that you can choose what you most want to do, and for reasons that, for once, may have nothing to do with enhancing your candidacy at the college of your choice.

What tips do you have for students who are hoping to pursue a gap year, but don't necessarily want to do a program? I know there are organizations like WWOOF where students can work independently and safely across the globe, but are there other ways to connect with far-away places without traveling with a group of American teens?