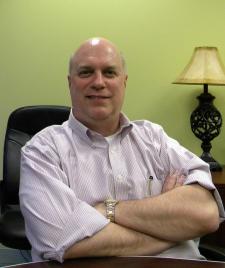 Will Dix is back this month with some illustrative advice for students working on the list of colleges to which they'll apply. Find out how to move off "standing out" and toward "standing up" as you decide where you will spend the next four years in "I'm The One That I Want!"

If you’re a high school senior, your interior monologue is probably going something like this right about now:

“God, I hope Acme College likes me. I should have taken advanced calculus BC instead of statistics! I could kick myself for not taking a fifth year of Mandarin! If only I hadn’t gotten kicked off the editorial board for writing that editorial about how bad veggie burgers taste. I wish I had taken that summer job raising emus in Australia instead of that internship at Interview. I would have had a better essay. All I did was get coffee and make copies. Maybe I can write about how I got Katy Perry a Pepsi while she was there, though. Damn! Roger Bucket’s got 45 more community service hours than I do! And he created his own foundation! (And he pronounces it ‘Bouquet!’ Yeah, right.) All I did was tutor homeless students. I’ll never get into Acme if he applies! Maybe he’ll sleep through his ACTs or get some exotic disease. No, wait, that would probably just make him more sympathetic. Wait! Mom knows a cousin of the uncle of the guy who used to live next door to the chairman of the board of trustees -- maybe that’ll help. She doesn’t know me, but still…Will I have time for a campus visit before decisions? If I could just talk to the dean I could make a case for that C I got in gym. I had a hangnail!!!”

On and on it goes, spiraling into a sweaty sleepless desperation as you try to justify all your actions since pre-school for a Cyclops that only wants to eat you alive.

You don’t have to do that, you know. You made your choices and now is not the time to regret or try to justify them. You can’t undo the past, so let’s look to the future. And by that, of course, I mean your college acceptance.

Let’s assume for the moment that you and your parents haven’t been strategizing about how to get into Acme since you drooled your way through pre-school. Let’s further assume that you’ve been raised by normal decent human beings who enjoy your company and have made it possible for you to speak, read, write, calculate, and connect with other human beings in a genuinely caring and interesting way.

While we’re fantasizing, let’s also stipulate that you’ve done well in school and enjoy learning things, had a decent social life, been in a few clubs or on a few teams, and maybe been a good friend to your friends. You’re thoughtful, generally optimistic, maybe a little moody, and have a goldfish named Sam. You are, in short, someone most people would be happy to know, a fine addition to any community, in particular, any college community.

And yet, you are depressed and anxious. Nothing about you “stands out” the way it’s supposed to. You hear about other students who’ve saved some part of the world from moths or designed their own line of pet clothing that’s just been bought by Purina for $20 million. Nothing marks you as an Acme kind of person. So you start thinking of ways to describe sitting on the bench during soccer season that will make it seem noble. You redefine babysitting as “child care manager,” hoping that will give you an edge. Well, just stop it, will you?

Instead of trying to recreate yourself to fit Acme College, own up to that self and take charge of it. You don’t really need Acme to be a success. You don’t need to get through college in three years or become an MBA/JD overnight. There are really too many of those already. (Personally, whenever I talk to someone who wants to get his MD in one of those abbreviated college/med school programs, I hope I never have him as a doctor in my old age. I want my doc to have gone through every tiny bit of training before she lays a hand on me!) Be honest about yourself and start being who you are, not what you think colleges want you to be. Find places that will appreciate you for who you are. (That’s good dating advice, too, by the way.)

Start thinking about yourself this way: “I’m curious/theatrical/research-minded/scientific/political/excited by lampreys, etc.; where can I contribute my time and energy? What colleges out there would like to have me on their campus?” Turn from being a beggar to being a philanthropist. Don’t plead for admission to Acme hoping they’ll deign to accept you. Take a look at the many terrific colleges and universities out there who would love to have you. Put yourself in the driver’s seat and be proud of the things that make you who you are.

One of my current seniors is gay, out, and proud. He’s withstood bullying in middle school and being discriminated against at his former church. (Oh, the irony!) He founded a successful GSA at his high school and is looking for a college that’s welcoming to LGBTQ students. I helped him put together a list of schools that might fit this, as well as his academic criteria and thought he’d appreciate some with well-established LGBTQ organizations. Instead, when we reviewed each school he’d say, “Well, that’s great, but they don’t need me!” He favored the ones where he thought he could make a difference, where he could take his talents and energy and do some good. He’s looking for a chance to create and energize a community, not just be validated by what’s already there.

I could wish that outlook on every senior out there right now and in the future: You’ve made what you’ve made of yourself, now own it and get busy finding the place that needs you!

As I always tell my students, find your own niche, and make your own list of "Best Colleges" -- the schools that would be the "best" fit for you, not the folks at Forbes, Princeton Review, or U.S. News & World Report.

Here on Long Island, I am aghast (though not agog) to see, with more than 3000 accredited colleges in this great country, students tend to apply to the same ten or twelve (then wonder why such schools have become so "competitive," and "how come they don't take everyone from my high school?").

This doesn't necessarily mean that students should forego the so-called popular colleges (provided these schools have attributes which make for a good fit), or apply to less popular schools (University of Guam, anyone?). They simply need to think outside the box -- or to ditch that box altogether.

There are many great colleges out there, some of which few have thought about, or even heard of. Consider all options, and leave no stone unturned!

Hope I haven't caught you on one of your crabby days... LOL