Decisions: Do you have the patience... 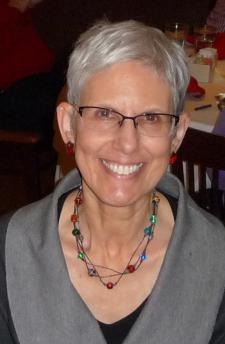 High school counselor Barbara Simmons joins us today in our ongoing series of reflections, advice and practical guidance for students and parents on all things decisions. Read on to find out how an ancient Chinese text, the Tao Te Ching, also known as "The Way," may offer some guidance:

Decision – that word even has the sound of  ‘final’ –landing on the suffix of ‘ion’ – ‘zuhn.’ "Decision” originates from the Latin which means “to settle” on something – having cut off other options.

The definitions provided for decision refer to making a judgment – making up one’s mind – and, perhaps like many of you, I frequently have a difficult time making up my mind – even though I know the satisfied and grateful feeling I have when I DO make up my mind.  But the “trick” or “key” to decision-making comes well before the “making up one’s mind".  Decision making has as its foundation knowing our minds well enough to make our minds up, to settle on something without regrets.

Especially for members of the senior class in high school, there ARE decisions that arise in different times in one’s life that must be made when two seemingly VERY GOOD options appear. But it has also happened that two choices appear that would seem to be clearly marked as “good decision” vs. “bad decision” and circumstance might have us choose the seemingly less desirable option.

Yet time unfolds to show us that sometimes, if we know our mind well enough, we might find that even what seems the less desirable decision may, indeed, be the one that helps us grow.

In the Tao Te Ching are these lines and I hope you will remember them as a way to help you with decision-making.

My first big decision, really, was where I was going to go to college.  Even though that decision is now decades ago, it really does seem like yesterday that, like you, I was waiting to see where I had been accepted.  In those days, the letters were either thin, flat envelopes with a “no” in them, or large, 9 x 12 inch envelopes with a “yes” and a lot of paperwork to complete.  I had chosen where to apply based on how close a college was to home. In my 16-year-old mind, I was aware that I was making a decision based on how my mother, a single parent, would feel if I were to be far away.

To be honest, I didn’t feel courageous about being very far away from home, so ultimately I made the decision to attend Wellesley College partly because it WAS close to where I’d grown up in Massachusetts, and it WAS a college that would cost my mother almost nothing.  I had received a full scholarship for tuition, room, and board – and my decision to accept the offer of admission “seemed” made for me.

All that I knew about Wellesley was pretty superficial.  I knew it was one of the “Seven Sister Colleges” – considered the women’s version of the Ivy League; that it was difficult to gain admission to that college; and that, because of its financial resources, I would be able to get generous scholarship help.

What I hadn’t bargained for was how the decision to attend Wellesley would mesh with who I was.  In those days, most of the girls attending the women’s colleges were from private schools or top-ranked public schools, had had amazing educations, and were very self-confident.

What I knew about myself but hadn’t used in making the decision to attend Wellesley was that I was a very shy, timid, uneasy young girl – had never traveled very far from home, had never actually spent time away from home by myself, and had had a solid high school education at a large public high school with not the very best of academic reputations.

I arrived at Wellesley and immediately knew that I was going to be very challenged with tremendously difficult courses – and that I would be surrounded by students who not only seemed to know everything, but who also seemed very able to share everything they knew both in the classroom and in social situations.  My awkwardness seemed so obvious to me I thought it must be very obvious to others.  And, for a while, I thought I had made a terrible decision. And yet…  What happened to me during my years at Wellesley showed me that my decision, made for financial reasons and for the feeling of success for having been admitted to such a good college… ultimately revealed itself to have been a good decision.

While I did struggle academically for a while, I eventually became a strong student, and learned not only how to learn, but also how to be away from home.  I struggled socially, too, for a while, but eventually became more comfortable with myself and to this day have wonderful friends from Wellesley, who remind me of how we have all also discovered who we are over many years post-Wellesley.  So it was a good decision – even though I made it without truly “knowing my mind.”

You might ask yourself, “Am I anxious about the change that I have decided I’m embarking upon – leaving this high school world for a different kind of personal world?”     “Am I uneasy – and sometimes bewildered?”  We like things “fixed, figured out, and nailed down.”  But you know that we have to embrace questions (and doubts) and live them.

Someday, without noticing it, you will live along into the answer.  A decision that will involve separation, transformation, and emergence.

YOU will be emerging into the young adult you are meant to become, carving out space for yourself in the world – each phase of your life offering you a chance to make a decision about that next door you will open, that next road you will take, that next being you will bring forth as you continue to emerge.

Barbara Simmons is currently Director of College Counseling at Notre Dame High School in San Jose, CA.  Previously, she worked at other public and private high schools (in California and in Massachusetts) as an English teacher as well as a college counselor. She worked 'on the other side of the desk' as an admission officer at both Santa Clara University and at Wellesley College.

Are you still and patient – and waiting for this decision to help you see, through the clear water, what is next as you create our own possibilities?

If you are searching to buy any flame wall mount electric powered hearth then you have make a choice out from the available choices by yourself. <a href="http://www.ehowtobuildafireplace.com/how-to-make-a-stone-fireplace/">Steps to make a new Stone Fireplace</a>