When Choosing a College: How close to home is too close? 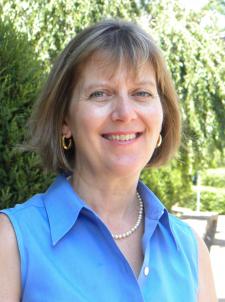 Jane Kulow joins us again this month to talk about a factor that is central to most students' decisions -- location, location, location. Read on to learn more about what happens when students decide to study close to home and Kulow's advice for making it work.

How close is too close when it comes to choosing a college -- for students and parents?

My husband drove our son, Pete—a second-year University of Virginia (UVa) student—back to college Sunday evening after Thanksgiving. The drive takes between ten and fifteen minutes, depending upon traffic. Meanwhile a Midwestern nephew drove a couple of hours back to his college in St. Louis, and our niece flew back to her college in Los Angeles from her home near Boston.

Distance was just one of many factors involved in their college choices. Our nephew looked at a number of pre-engineering programs and selected a college that offered him a chance to play baseball, a President’s scholarship, and proximity for easy home visits. Our niece only applied to film schools—she’s majoring in production—and all but one were in California, prime location for access to the movie and television industry. At 3,000 miles from home, she’s one of the consistent twelve to fifteen percent of students who travel more than 500 miles for college. (See the graph accompanying Libby Sander’s Ties to Home in The Chronicle of Higher Education.)

When Pete was in high school, we spent a couple of years expecting him to go to college 700 miles away. As it turned out, he chose a college seven miles away. Many students in our area either dream of attending UVa or want to avoid attending a college so close to home. Our son was in the latter group, yet changed his mind over the span of his senior year. Pete now will attest to what local UVa students had said to him:  there’s an entirely different and new world to explore on grounds, and it feels much further away from home than it is.

Making it work. When considering being that close to home, much depends upon the student-parent relationship (like most everything related to college).

Some parents have a hard time letting go. As Bella English wrote recently for the Boston Globe, in 'Snowplow parents' overly involved in college students' lives:

In one extreme case of parental over-involvement, a college senior in December 2012 won a protective order against her parents for stalking and harassing her. Aubrey Ireland, 21, told a Cincinnati judge that her parents often drove 600 miles from their Kansas home to the College-Conservatory of Music at the University of Cincinnati, unannounced, to meet with college officials, and falsely accused her of promiscuity, drug use, and mental problems.

Other parents -- most, I suspect -- have raised their children with an eye toward both the increased freedom and responsibilities the students gain when leaving home.

Jennifer Conlin captured a sense of appropriate limits, writing for The New York Times, in When college is close to home, what are the boundaries?

“It was hard at first because I wanted Laura to immerse herself completely on campus, but I also wanted her to come home for family birthdays,” Ms. Wirth-Johnson said.
Leslie Gardner, who lives in Brooklyn and whose daughter, Rebecca Glanzer, is a sophomore at Columbia University, echoed the same sentiment. “I worried that it would be too easy for me to access her,” she said. “But I also worried that she might access me too much.” Both mothers said they waited patiently the first few weeks of college for their daughters to reach out to them.

Up to each family. Navigating a comfortable path for visits and phone calls is up to each family to figure out. We said something like this to Pete:  We won't show up without calling first. We won't bug you to come home often, but we’ll let you know what’s going on here, and we will want to hear what's going on in your life.

We’ve enjoyed the benefits of his being nearby. We get to attend performances by his student jazz ensemble. We’ve had opportunities to meet and host his friends. Pete dropped by unexpectedly on a fall Sunday; he had to drive past our house on the way to set up an event at a local vineyard. Naturally, we don't care if he shows up without calling first.

We don’t know where our daughter, Julie, will be next year. Near or far, we want her to establish independence and then share her stories with us as we watch her grow. We won’t hover, or smooth the path for our college students. We’ll just be right here when they need us.

Jane Kulow is the founder of the blog Dr. StrangeCollege or, How I Learned To Stop Worrying and Love the Journey, which covers the ebb and flow of the path to college for her three children, dubbed the Mod Squad. As Jane describes it, "this is what we did, what we saw, what we laughed about, and what I’ve read (and asked others in the house to read) along the way." We're delighted to have her as an eloquent fellow traveler here, sharing adventures and insights as her -- and your -- children head off toward the higher halls of academe.

Thank you for this. I am an admissions counselor and see this just about every day, the over-protective helicopter parents. I've have had many of these parents get upset at me because I was not able to release any information about their child. These parents do not understand that a college or university can be fined by the U.S. Department of Education upwards to $30,000 per violation and may lose all financial aid money, which means that you will be paying tuition, fees, room, and board out of your own pocket. This is caledl FERPA, or the Family Rights and Privacy Act of 1974. There is paperwork that only your child and complete, not the parent, if your child wants to release any information to their parents.

Best advice that I can give, don't call or have your child call you every night for at least the first month of school. That actually hurts more than helps your child make the adjustment of going to college and being away from home. In addition, remember that your child cannot make it home for every birthday or family celebration. Professors do not care if it's a family member's birthday. If you child is not in class that day, they can and will take points away for not being in class, which can cause your child to go from an A to a B.

Finally, if something happens to your child at college, please remain calm and don't be making a scene at the school. I say this because I have dealt with this and you will become the 'notorious' parent(s) that no one wants to deal with and it makes it a lot worse for your child. I have had colleagues at other schools tell me that campus police have had to get involved because of a parent that was out of control over a minor issue with their child that was resolved before the parent got to the school. That child was very embarrassed of what their parent did, they decided to transfer to another school.

Thank you for your insights! And we're glad to have you on the site! Christine VanDeVelde